Congratulations to Dr. AL on this high honor.  Here is the Fellow write-up from the event:

Dr. Allen L. “AL” Peterson is the President and CEO of the National Test Pilot School. Graduating from West Point, Al flew Attack helicopters operationally in Air Cavalry units in Hawaii, Korea, and Texas. Al then started a series of test pilot tours including attending USNTPS at Pax River; DT/OT testing Apache and Cobra helicopters at Fort Rucker; Airworthiness Testing Apaches and Cobras at Edwards AFB; Airworthiness and R&D testing of Chinook, Lynx, Gazelle, and Sea King helicopters on Exchange with Her Majesty’s Forces at Boscombe Down; and R&D testing Apache and Black Hawk helicopters as the Chief Test Pilot at Ft Eustis. Retiring in 2002, Al joined SNC for 9 years in various management positions including some Systems testing. In 2011 Al was appointed NTPS President and CEO and led the school through its stabilization and resurgence; championing numerous initiatives including the first test pilot school in the world to attain EASA certification, a major aircraft/technology refresh program, the FTE graduate assistant program, and the world’s first STEM Flight Test Camp. During his career, Al worked over 80 test programs, flew over 80 different aircraft types, and continues to develop flight test personnel the world over.

On June 14, 2018, NTPS celebrated the graduation of a new class of 6 Test Pilots and 6 Flight Test Engineers. 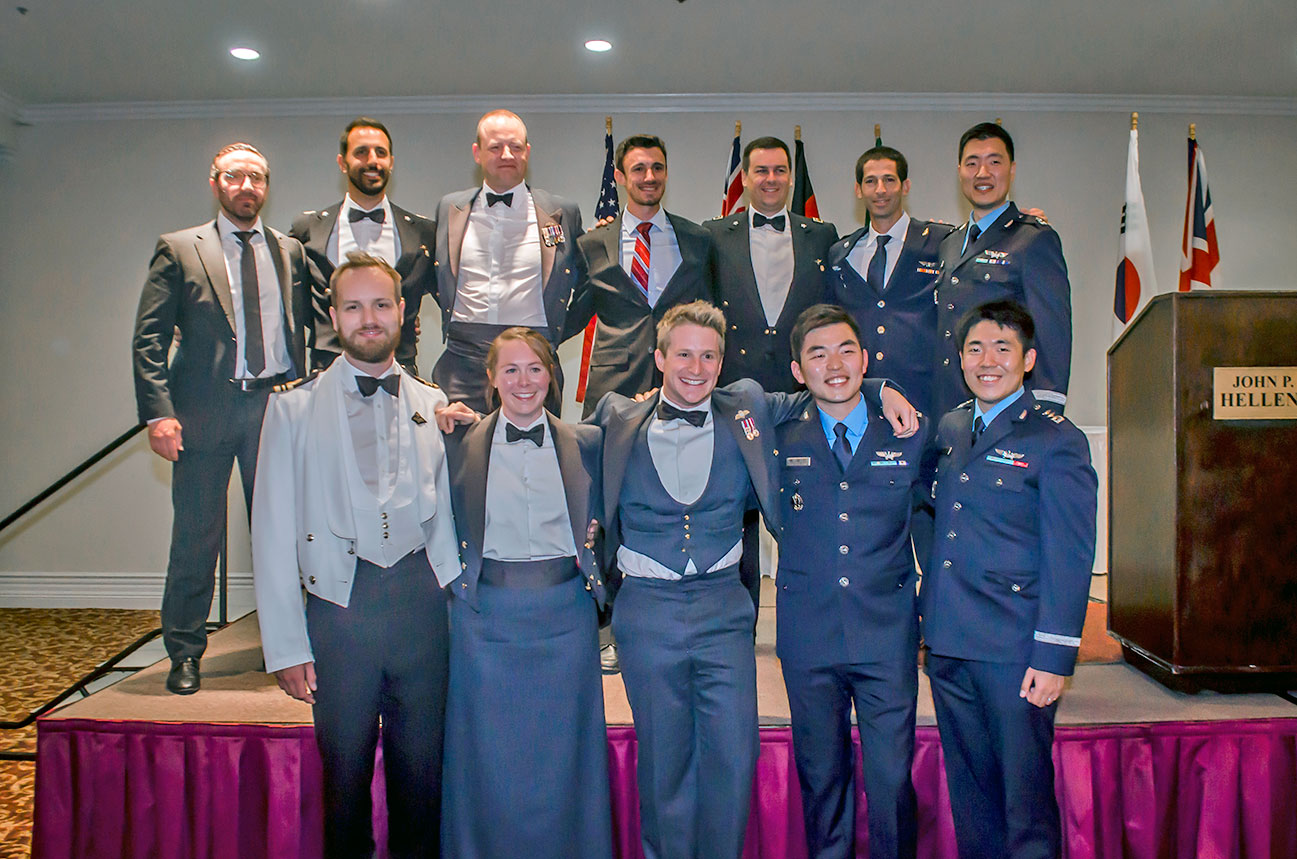 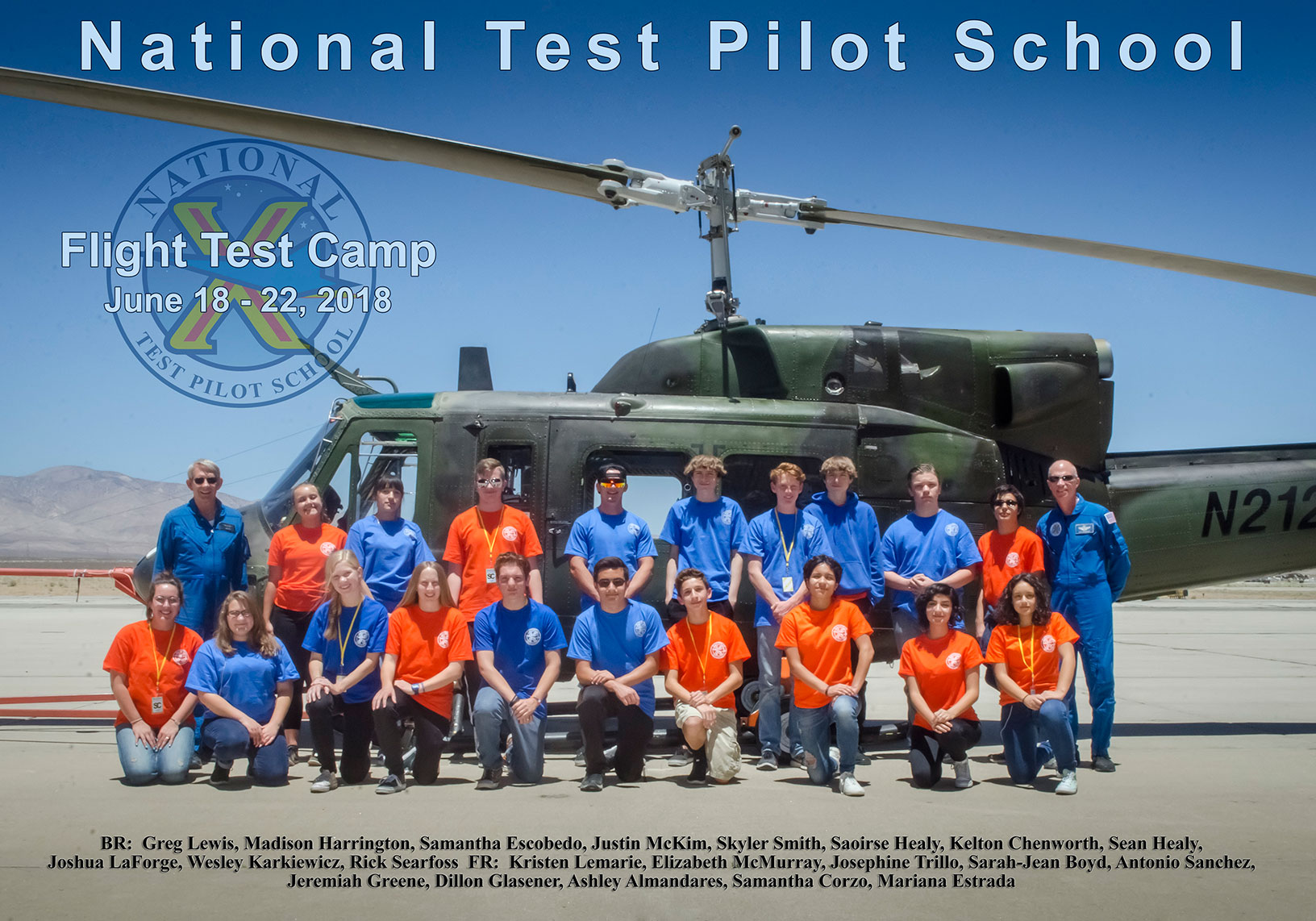 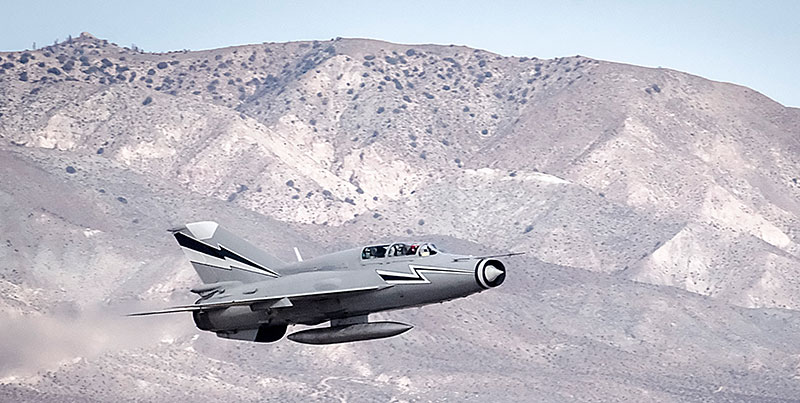 On January 17, 2018, NTPS accepted delivery of it’s newest aircraft, a two-seat MiG-21UM. The aircraft was ferried, in seven flights, from Wilmington Delaware by NTPS Vice President/COO Jim “JB” Brown. The aircraft is a segment of an ongoing program to update the NTPS fleet and provide unique training opportunities for Test Pilot and Flight Test Engineer students. This particular aircraft began it’s career in the Czechoslovakian Air Force in 1972 and was imported to the United States in 1992. The MiG will undergo a brief down period for inspections and FAA approval, then will enter the curriculum. The MiG is an excellent example of 3rd Generation fighter aircraft flight controls and handling characteristics, which predate the highly augmented and fly-by-wire systems currently in use. In addition, it’s top speed of Mach 2.05 allows a flight envelope large enough to demonstrate the effects of transonic and supersonic speeds on the aircraft.