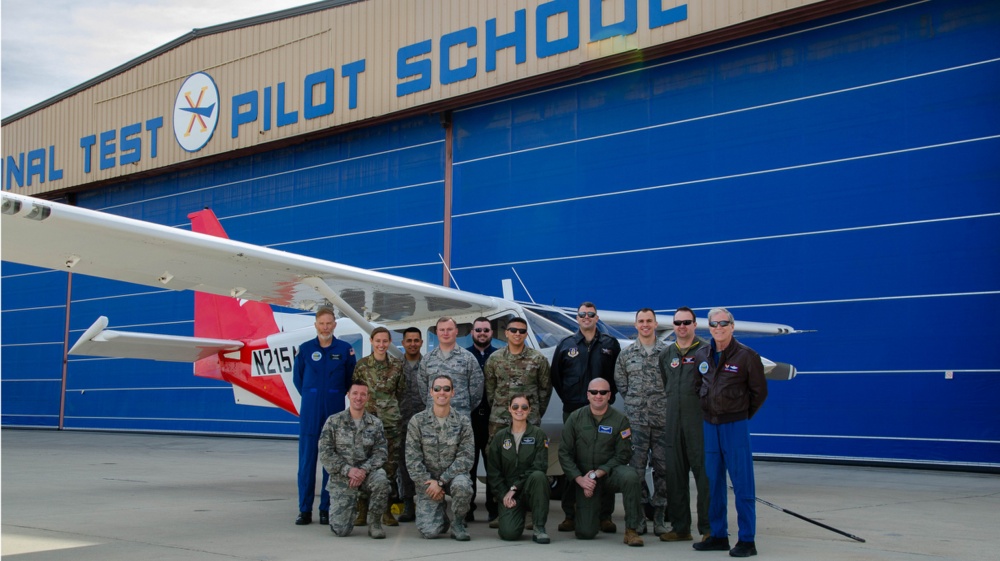 The 14th TS, the only space test squadron in the Air Force Reserve, delivers and sustains Air Force Space Command and Air Combat Command warfighting capabilities through operational testing and evaluation of space and cyber systems.

Maj. Jason Riberdy, Space Test Flight A flight commander and Tech. Sgt. Shannon Robertson, Test Flight B noncommissioned officer in charge, were selected from a list of more than 100 volunteers to be part of the course that included 12 students from multiple organizations, including civilian agencies.

This one-off training provided a rare opportunity to interact with other agencies and to gain insight into the unique ways each conducts testing.

“To get all those test organizations together and to do training is impressive because we each have our own training processes,” said Riberdy. “We got to sit down and talk about our experience in different test and explain how we each do things and that was worth every second of being out there.”

Robertson, who is an embedded software tester for her civilian career, said the career diversity, in not only the students but also the instructors, was an invaluable opportunity to see a variety of test perspectives and ideas.

“There were people there from all different areas of test, they have different priorities and we could really mesh them together,” she said. “The experience there was unmatched.”

“With the possibility of Space Command going into Space Force, we’re trying to look at new ways of approaching testing, we want to incorporate other avenues in the way that testing has been done,” said Riberdy. “Part of our goal was also to create a cadre of personnel that can help lead the way for Space Force.”

Operational test information and recommendations provided by the 14th TS help AFSPC and ACC mature space system designs, manage and reduce risk, identify and support problem resolution as early as possible, and ensure space and cyber systems are mission capable for the warfighter.

The uniqueness of the course for the reserve participants rested in the fact that it was highly representative of the operator and not just the systems.

“A system could be super cool and high tech, but it’s nothing if the operator can’t use it,” Robertson said, emphasizing the importance of operator usability.

Robertson said space-system testing usually focuses more on the mission, but this course was a chance to look at how to make the system better for the user and to bring space into a more agile development process.

“Sure it does the mission, but what’s the use if the Airmen can’t collect on anything,” said Robertson.

Overall, the course was an invaluable opportunity for the 14th TS to not only gain insight into how others test, but to share their unique knowledge as reservists.

“I really wanted to see how the civilian air testing approached their test and try and figure out what the best practices between them were, so we can try and be a more rapid test organization, better prepared for future needs,” Riberdy said. “It also helped show the value the reserves brings, now they understand what the 14th brings to the fight.”

Both Riberdy and Robertson emphasized the quality of training they received from the National Test Pilot School. They said without the professionalism of the instructors and their enthusiasm and willingness to share, the class would not have been as successful as it was.