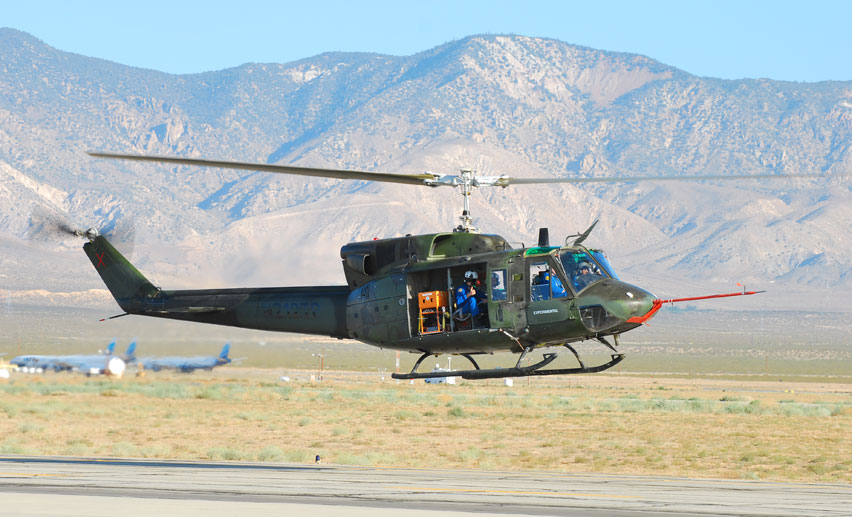 This article begins with a disclaimer: although the title refers to an old dog, its not really fair to call the Bell CH-135 (UH-1N) Twin Huey a dog. It was a solid reliable workhorse, borne of a family of helicopters that transformed both rotary-wing aviation and military operations. Of course, its also the same machine I cut my helicopter teeth on, and its incredibly difficult to say bad things about your first operational helicopter type (I know Ive tried to break lots of student test pilots of that habit, and it dies hard!).

But I digress. The particular old dog Im talking about is also an old friend: N212TP, a former Canadian Forces CH-135 (previous registration 135103) that I first flew in 1977. Thirty-five years later, its been equipped with new toys, and earlier this year I found myself at the National Test Pilot School (NTPS) in Mojave, Calif. getting ready to test them out.

Teaching for the Test

First, some background information on NTPS. This unique school is one of the few places in the world where you can go to fly a whole variety of different aircraft and learn how to evaluate their performance and handling in a structured, careful manner. This is not the same thing as simply learning how to fly. For example, as Ive mentioned previously (see p.116, Vertical, June-July 2012), part of the process involves convincing students that, if they are unable to fly a maneuver accurately, the problem is almost certainly in the machine, rather than themselves. Learning how to look for faults in the machine is not an easy process, but its necessary if one is to evaluate equipment for either military operations or civil certification.